Among of the disabilities common in Filipino men are poliomyelitis, stroke, Freeman Sheldon Syndrome, blindness, chronic osteomyelitis, and deafness.

Poliomyelitis, or polio, is a disease that could cripple a person. Its virus (called the poliovirus) can spread from person to person and invade the infected person’s brain and spinal cord. It was what had afflicted Rico Marquez, a Leyte native who was still able to earn a Bachelor’s Degree in Theology at the Baptist Theological College in Cebu. He was also still able to finish master degrees in Divinity and Educational Leadership at the Golden Gate Baptist Theological Seminary in California then founded a church for the Filipinos in Pinole. He had a wife and two children.

Stroke, on the other hand, is a disease that affects the arteries leading to and within the brain. It occurs when a blood vessel that carries oxygen and nutrients is either blocked by a clot or bursts (or ruptures). It was what had caused paralysis in Fernando Kabigting’s right hand. It was also what had blinded the left eye of the painter. He just struggled to continue painting with his left hand using watercolor and had solo exhibitions at the United Nations in New York City, the Ayala Museum in Makati, and at the Italia Gallery in Bacolod.

A condition that primarily impinges on the face, hands, and feet, Freeman Sheldon Syndrome is the disorder that Raymond Martin had been born with. His unusually small mouth (microstomia) did not stop him to win gold medals, though, during the London 2012 Paralympic Games where he was recognized as the Sportsman of the Year.

Otherwise known as visual impairment, blindness refers to a lack of vision. It can be partial, which means a very limited vision; or complete, which means not being able to see anything, even light. People in third-world nations usually have poor vision and this was what Ronnel del Rio had been afflicted with. Despite his physical limitation, though, Ronnel still became a “voice of reason and awareness,” heading the Philippine Chamber of Massage Industry for Visually Impaired, the Federation of Disabled Persons in Lipa, and the PWD advocacy group Punlaka once. He also became involved with the Philippine Coalition on the United Nations Convention on the Rights of Persons with Disabilities, the Philippine Mental Health Association, and the Housing and Homesite Regulatory Affairs Office in Batangas. He has had a Master’s degree on Management Technology in De La Salle University in 2003.

Osteomyelitis is the infection of the bone and the bone marrow. It may be subdivided into acute, subacute, and—what power lifter and swimmer and mountain climber Arnold Balais is in—chronic stages. This phase did not deter him in competing for the Paralympics, ASEAN Paralympics, and the Malaysian Paralympiad, though.

Not being able to hear partially or completely has still led Romalito “Rome” Mallari to win the Best New Actor in a Movie during the 2010 Star Award for Movies. He was also nominated for a Golden Screen Award for his roles in Ganap na Babae and Dinig Sana Kita. Most recently, he was involved in the 2015 film Taklub, which was screened and well received at the Cannes Film Festival.

“Have faith that you have the potential, the capacity to succeed. God will give you strength to finish and accomplish your dreams.” ~ Rico Marquez

Video taken from the YouTube Channel of Amal Vision

Video taken from the YouTube Channel of Dr. Najeeb Lectures

Video taken from the YouTube Channel of Jessica Le 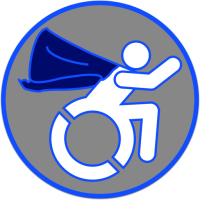 International Day of Persons with DisabilitiesDecember 3, 2019